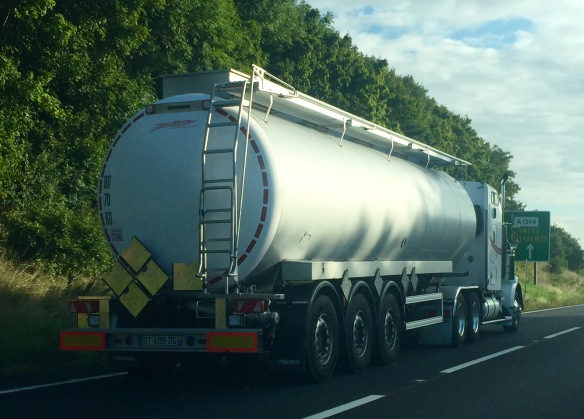 In the last two weeks I’ve had my morning commute slightly enlightened by something big, American and making a fair old noise. As I queue northbound on the A12 Ipswich bound at the Copdock roundabout I have twice in two weeks stumbled upon a big American tanker. Both have been foreign registered, the one above being French, but both pulling what look like food grade tankers as neither had any HAZ markings. I’m guessing that as they are on tanker work our French friends have decided that they can have something a little more exciting as the tankers are short, it allows more length for a decent tractor unit. Personally I think my choice would be a European truck such as the Volvo VN’s or a Tcab Scania as the ride is far better than the American metal. Saying that there is still something very enjoyable Bout motoring along with a big Kenworth on British roads. 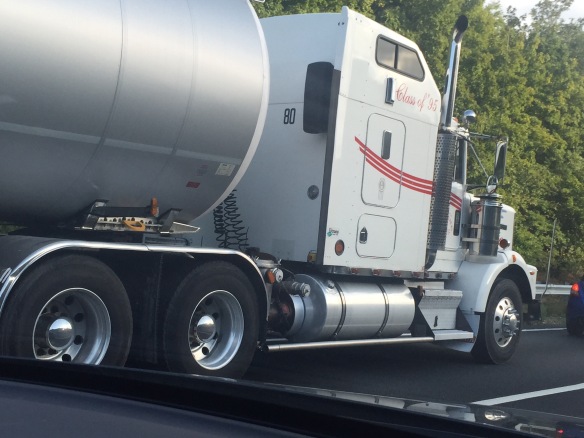 You might just note in the photo above I had my window slightly ajar. The reason being is that these lovely old Americans still have Jake Brakes in full working order, so trickling along in the morning traffic jam means you get a fairly lengthy tune from the Jake as the tanker rolls down towards the roundabout. Beautiful. I would have to assume that these tankers jobs are paying pretty well as the MPG can’t be up to much. While watching another Big Rig Videos rolling CB interview the other day, the driver seemed pleased with himself that on a good run when trying, he could get his MPG all the way up to 5.5mpg!!! Anyway I’m not fussed as long as the job they are heading to continues I’ll keep enjoying their soundtrack instead of the usual drivel on the radio in the mornings.

Below is the other Kenworth I saw a few weeks back. Now that big exhaust sounded even better than this weeks, both going forward as well as with the Jake.