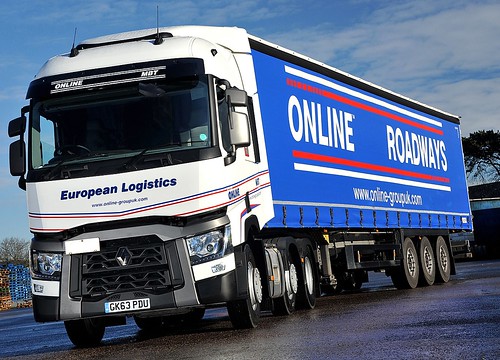 I was beginning to wonder when they would start becoming popular. The new Renault Trucks Range T has been around for a little while now and you see quite a few out and about on the roads of the UK, I’ve also noticed quite a few photos appearing of European ones on the internet. It seems to me that everyone who hasn’t driven one says they are no good and those who have driven one, well, they don’t really say much. That says to me that they have quietly enjoyed themselves. I know this as that’s pretty much what I thought after going to the ride and drive day Renault Trucks UK put on at Millbrook Proving Grounds. I can’t actually say there was anything un-likeable about the truck. Oh I lied, the one thing I did think about the trucks were that the mirrors did seem to feel pretty big in the window if you know what I mean. That aside I good truck.

“Whilst I have had good experience of Renault trucks and know them to be reliable and fuel efficient, my drivers were initially a little more pensive – so I let the trucks do the talking. On their first run, the Range Ts pulled like a train over Mont Blanc, they didn’t skip a beat. They are quiet, comfortable, have a great gearbox – all round they’re a really nice bit of kit and the drivers are completely won over.”

I think Online MBT are one of many fleets who will soon be snapping these Renaults up. I said at the launch that they would be a big hit as a fleet motor and I think I might be right. Those who drove the Premium used to say that if it had a Scania badge on everyone would buy them. So this time round perhaps people should just admit they are guilty of liking the new Renault. Online MBT are that impressed with the new motors, that these first 3 trucks could be joined by a few more as the year goes on. Commenting on the decision to introduce brand diversity to the 200-strong Online Group’s fleet of tractor units, Conrad Garrett says:

“The Range Ts are the first Euro 6 trucks on our fleet, so it’s very positive to see them already returning 9 miles to the gallon and improving every week as they loosen up. This is an excellent result for the first month on the road and we are confident that the fuel returns will improve further over time. We are looking to replace up to 60 more tractor units this year across our three depots in Dover, London and Cologne, and if the Range Ts continue to perform at this level they will certainly be on our list.”

Perhaps Renault have got it right this time round, but the hardest thing to do is change operators and drivers pre-conceptions. If those who have them admit to liking them, then others will start to believe the hype. Like I said I can’t say anything bad about the ride or comfort of the truck so for me it’s a thumbs up. If I had a fleet it would seem to make sense. The mirrors might be a bit on the large side, but that really isn’t a bad thing and the front grill needs some getting used to, but again that is the way of modern trucks isn’t it?? Think new Volvo. Forget the Premium and forget the Magnum (RIP) they are gone, be French, think French, think new thoughts and try the new trucks from Renault. 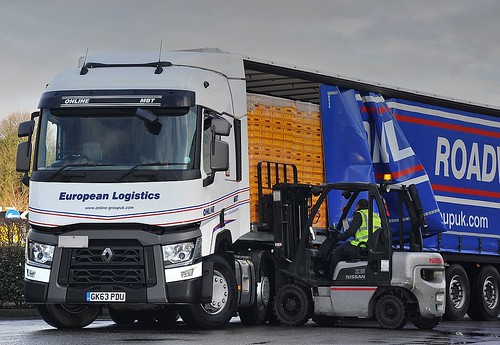