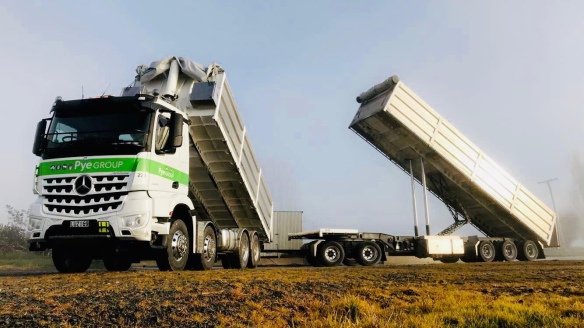 I do get asked now and again if I’d like to hear or see photos and tales of others more fortunate than myself who have managed to get a job overseas doing something a little different to the UK norm. YES! I want to hear from you all and when you say “I’m not sure what to write” – trust me write what comes and most blog readers will love it. Next up is TB’s new roving reporter in New Zealand, Mr Ed Nolloth.

Firstly a bit about me. I’m 28 and originally from a sleepy village in Suffolk but now find myself trucking on the other side of the world. I started working in transport at the age of 20 and spent the next eight years working in the office of two well known Norfolk hauliers, starting out as a trainee traffic planner quickly working my way up the ranks. During this time I also acquired my C, C+E and Transport Managers CPC as well as other qualifications. 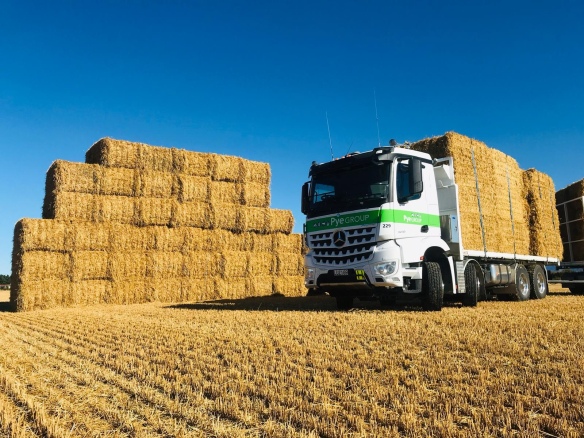 Two years ago I found myself at a crossroads in life where I had spent seven years in an office and I felt a change was needed. It was time to try something new. I applied for a visa in New Zealand and before you knew it I was there, staying with distant relatives who I’d met once before in the UK and looking for work. I had been told work was in abundance in NZ and a week later I found myself working for a large agricultural contractor in the South Island and the rest is history as they say. I just finished two ‘seasons’ in New Zealand with a summer working for Transam Trucking sandwiched in between, something my good friend Mat Ireland got me involved with a few years back as his double driver.

Working in NZ has positively changed my life and given me a different outlook on how to live. When comparing the UK to NZ I often list the followings differences; NZ has less people which is turn means less traffic. The weather is much better which in turn makes the people happier and in general friendlier but from a truck driving point of view there is far less legislation which in turn makes it far more enjoyable. The kiwi idea of a traffic jam is four cars waiting at a one lane bridge, a far cry from a thirteen mile queue on the M25.

After nearly two years in NZ it’s starting to feel like a normal way of life but at first it was like an adventure, something a lot of truck drivers in the UK only dream about and for me this dream has become a reality.
I worked for an agricultural contractor based on the Canterbury plains in the South Island of NZ with a fleet of mainly Volvo and Mercedes trucks. I was lucky enough to be rewarded with a brand new truck at the beginning of my second season and became rather attached to it. The hours and shift pattern was varied as to be expected for the type of work. During silage season it would be a mid morning start but this meant working into the early hours of the following morning. In my first year this didn’t faze me but the second year my situation changed as it often does and I met a young lady who was also a truck driver. 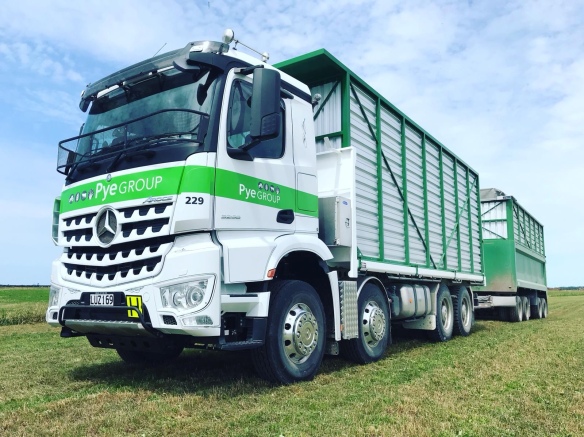 When I first went over I had every intention of just spending six months out there and settling back into life as I knew it in the UK but I enjoyed it so much I was itching to go back. The job itself was awesome and everyday was different, spending most of time driving around paddocks and on challenging terrain. For me truck driving has always been about getting up before everyone else and getting ahead in your day, this turned out to be quite the opposite so it took me a little time to adapt. 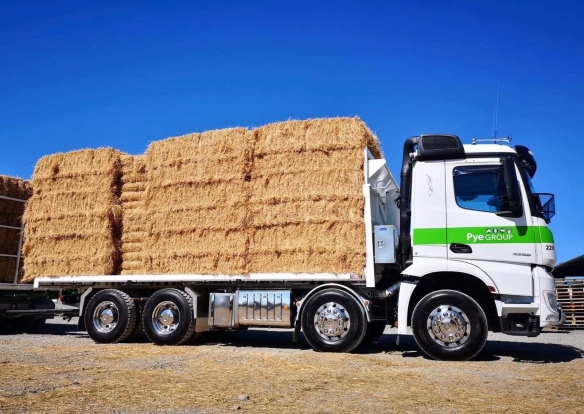 For those who don’t know the driving hours rules in NZ are very different. Firstly they still use paper log books, a far cry from digital tacograph cards. You are allowed to work up to fourteen hours a day every day with a ten hour break after each shift. During this fourteen hour shift you are permitted to take a thirty minute break after five and a half hours work. This means two breaks are required a day giving you a total of thirteen hours work a day. You are allowed to work up to seventy hours a week before a twenty four hour break is required and your week resets. On a drivers log book you only have a ‘work’ and ‘rest’ column which makes the whole process a lot easier than changing mode switches. As a British citizen with my C+E licence I am able to drive in NZ without sitting any practical or theory exams and there is no such thing as a CPC. I have recently acquired my NZ licence as I have plans to stay and this only involved a theory test to gain my class 5.
NZ has lots of different heavy vehicle combinations with the most common being a ‘truck & trailer’ which in UK terms would be an eight by four rigid followed by a two axle dolly attached to a three axle forty foot trailer giving you a maximum total length of twenty three meters. Another popular combination is a ‘B train’ where a tractor unit pulls two trailers. On my first day I was shown the truck & trailers in the yard and remember thinking there is no way I will ever be able to reverse this but it’s now like second nature. It’s safe to say my first attempt practicing between some road cones in the yard wasn’t pretty.

The purpose of this blog was to prove it’s not as hard as people think to follow your dreams, anything is possible with a bit of hard work and determination. I have recently been back to the UK to visit family and upon my return I will be changing jobs for a new challenge having felt like I have achieved everything I wanted to from my previous one. I’m not one for changing jobs regularly but my new one will give me more time off with the chance of bigger trips around the country for more money. I’m even shopping my golf clubs out to NZ in the view of enjoying a round or two on my days off.
Until next time…