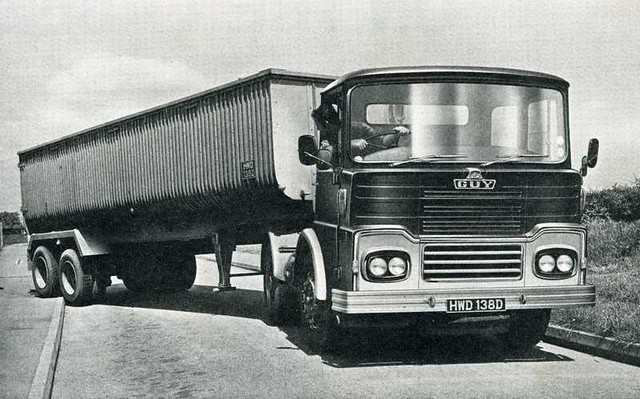 Thought you might appreciate a nice feature for your Blog! As I have told you before, I have a long heritage with the industry in which we work and have done every aspect from loading on a forklift, to fully qualified HGV mechanic to European and at times Middle East driver. Above is a brand new Big J that my grandfather purchased along with the trailer for the construction of what locals call the D road, otherwise known as the A500 between junctions 15 and 16 on the M6. I started off working for my Grandfather who was actually one of the first hauliers in the UK to send trucks to Europe. After his death I kept one truck and worked for myself mainly taking animal skins out to Italy and after a wash out, bringing finished leather goods back to the UK. I then moved on to Spanish work taking Michelin tyres from Stoke out and bringing fruit back for the markets. This was in the pre-speed limiter days and when you only changed a tacho if it was full. Sleeping was done either on ferries or when parked up for 24 hours by the predecessors to VOSA. After finishing with European haulage due to ever decreasing rates I moved on to a flatbed carrying portacabins and construction equipment for the then Leonard Fairclough (swallowed up by Amec). 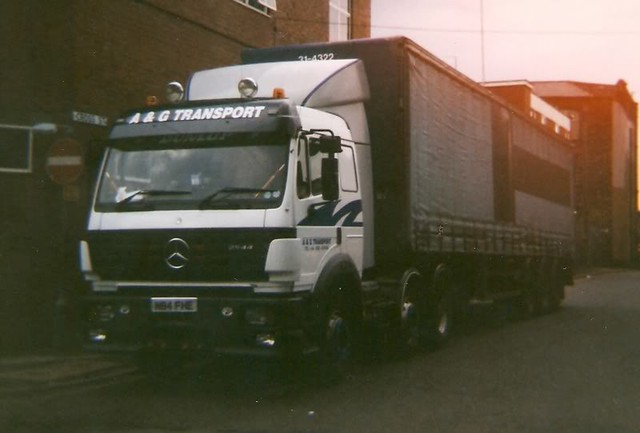 Eventually I decided enough was enough and decided to go and work for someone else. I did a bit of round timber haulage and discovered what graft actually was. I then moved on to a few months on a brick crane which was possibly the most thankless job I have ever done. After getting involved in UK-IE traffic I landed a role with a well known European trailer operator looking after the eastbound flow between the UK and Benelux. This was succeeded after a contract takeover to promotion to contract manager of all export requirements from both the UK and IE. I have attached a copy of a feature from this weeks Commercial Motor. I’m not sure if you are allowed to use it or if its covered under copyright law but you will see where my heritage comes from. Gerald Broadbent was my grandfathers youngest brother and I have memories of him as a very astute man who we weren’t allowed to ‘play up’ in front of. As I got older and worked for my grandfather we used to quite often go into Boalloy and move trailers around on site and even go and pick up prototype trailers to load for Europe to take on week long test drives. Not sure if this was a dodgy family way of getting a free trailer for a week as we were short or if it was genuine but it worked. 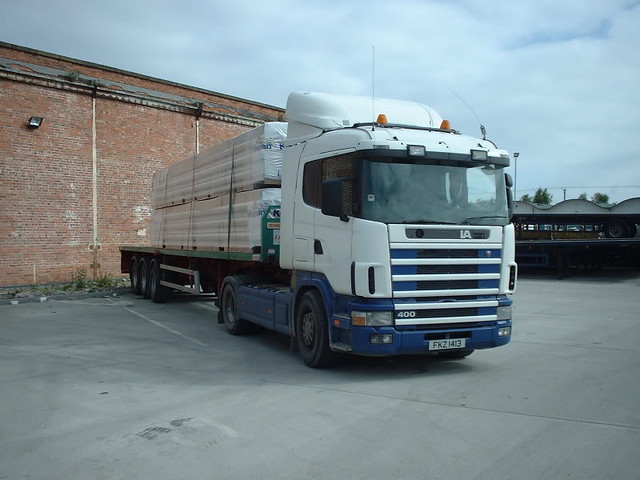