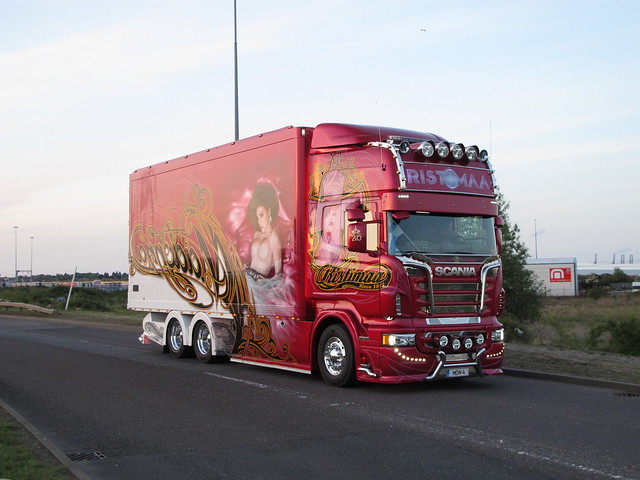 I had a tip off from a friend in a ferry handy place that Madge was going to arrive in Harwich on the Saturday evening boat from Holland, then top Scandinavian trucking expert (Neil Jarrold of course!) confirmed he was off to meet a celebrity off the boat. So seeing as Saturday night is dull as dish water I jumped in the car and drove the 23 miles down to Harwich. Not a lot going on down there on a Saturday evening, apart from a fairly wide Jan de Rijk aerospace trailer and of course Madge herself. The Madonna truck is owned and operated by Ristimaa Trucking from Finland. Ristimaa have a long history of customised trucks and Madonna is one of the latest creations. Scandinavia’s 25 metre long roadtrains are too long for our roads unless they have a permit, so everyone at Truckfest Peterborough had to make do with just the rigid Scania, but it would be hard to say that made it disappointing. Our man Mr Jarrold was escorting the truck up to Ipswich on its way to Peterborough, so I took Neil’s photo too and his very trusty Volvo coming out of the dock, then Madonna appeared and my goodness does she make an impressive entrance!! The pearlescent puce paintwork was shining bright in the late evening sun, it looked pretty as a picture. 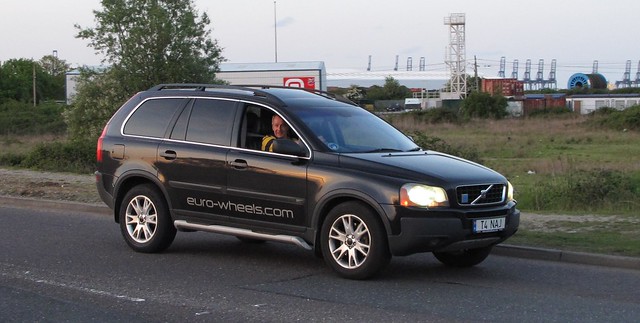 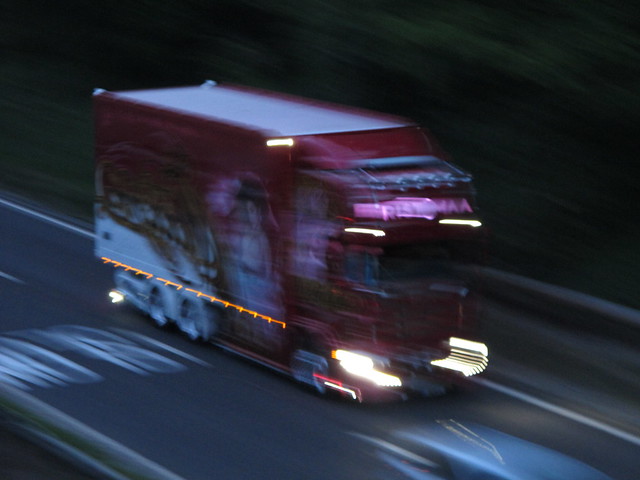 The driver very kindly came to a virtual standstill so I could get a photo as he passed. I then jumped in the car and followed both Neil and Madonna (arrr what a couple!) back up to Colchester. What a sound from those side mounted double pipes. Any way I decided to try one last photo off a bridge on the A12. I shouldn’t have bothered as it was too dark by then and the camera could keep up with big V8. Any way an enjoyable hour and a half and when I got home I don’t the wife had even noticed I had been off with another woman. 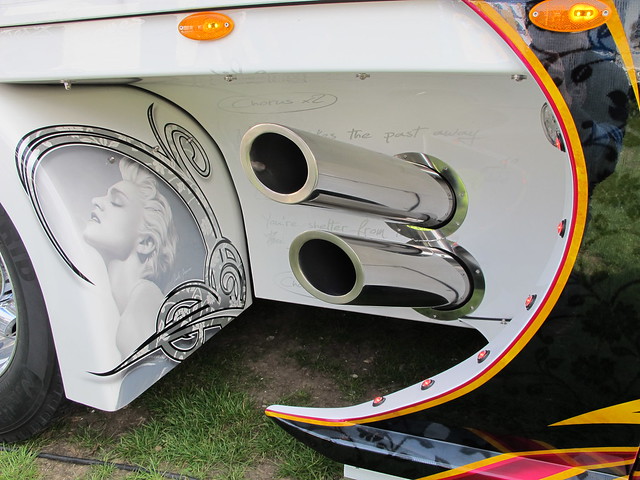 Those how saw Madonna at Truckfest should have been suitably impressed by the pink lady. I for one was and standing looking at the truck, I actually started to like the colour! Lets hope next year Ristimaa can come again and perhaps some how a trailer can come too, its only a case of sending an over length notification after all. 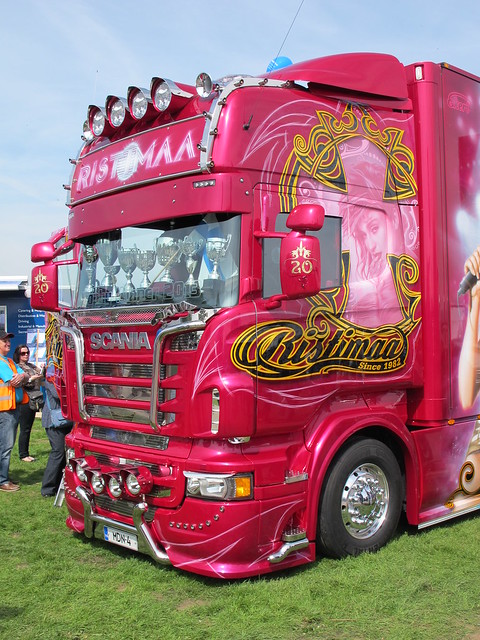