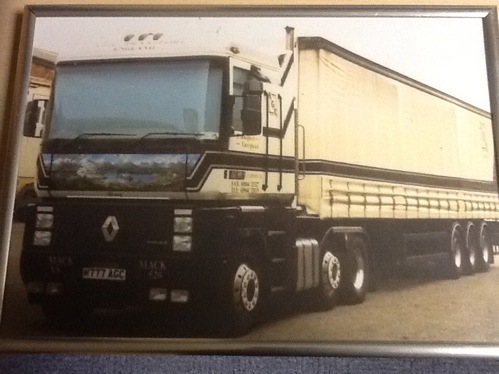 Hello Ben , this was the first truck that I went to Europe in (Austria ) they were owned by my Dads best friend the late Alan Coles. He had six of them, all 520hp with the big V8 Mack engine ,twin stacks ,alloy wheels etc. They had awesome pulling power , loaded with China clay they made light work of the autobahn hills to Austria , and great for living in as well. The down side for me was the manual gearbox it was a bit heavy going but you could live with that , as you didn’t change gear much when you were rolling. Oh and the eastern block trucks would pull on the hard shoulder to let you pass on the german autobahn.