I like a Spanish fridge. Fact. I have no idea why, as in the grand scheme of things they are just a box and you’d think there is no real difference between them. Each time I load one they just catch my eye. Could be because the Spanish ones seem to be a bit tidier than the ones from the rest of Europe.

Does anyone else see what I’m talking about?? No, same as normal then! Campillo Palmeras are regulars at the moment and I think they are set apart from the rest of the Spanish as you don’t see many black Spanish trucks, but then again they still have plenty of white tractor units and they look equally as tidy. 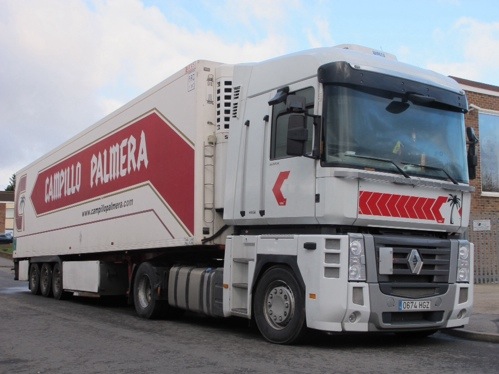 Perhaps the old Spanish style liveries are more appealing than the modern, but even so they still look smart. Both Palmera above and Transportes Las Maravillas come with new sleek modern and old tradition style livery and I can’t decide which I prefer.

I can’t decide which is best but I know the Spanish are some of the smartest on the road. Probably because they have had years of experience in the frigo market. Year after year bring us our oranges, strawberries, broccoli, cucumber and what ever else. The Spanish have long been big fans of Renault Trucks, both Magnum and Premium since the demise of Pegaso. I wonder if the love of Renault will continue with the Renault T range?! If it does or not I think a Spanish frigo will always catch my eye, they look even better with a TB sticker on!! 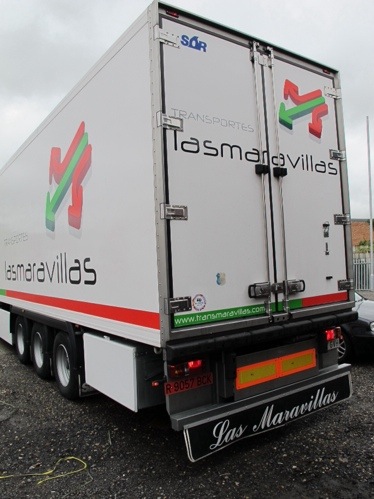